Having been in service for over 75 years, the tidal gate at West Stockwith in Nottinghamshire has been replaced as part of a continual improvement programme being carried out by the Environment Agency (EA). The project, which took just over 3 months to complete, was awarded to ECS Engineering Services as part of its framework agreement with the EA. 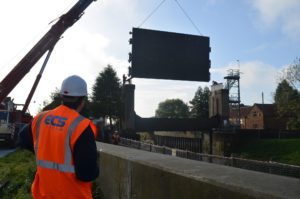 The West Stockwith sluice gate forms part of the tidal River Trent flood defence scheme and was originally installed in 1938. It operates automatically at every high tide to prevent the River Trent flowing into the lower River Idle, which prevents local flooding, reduces the silt build-up in the River Idle and stops salt water contamination.

The sluice gate works in partnership with the nearby pumping station located just upstream on the River Idle; between them they can act as a large lock to allow narrow boats to navigate up the river. ECS, as the appointed main contractor, was responsible for the complete refurbishment contract including the gate removal, installation and commissioning.

ECS has completed several projects previously at this site that have involved the refurbishment of the counter-balance and of the winding gear located above the sluice gate. The timing of the project was planned for a time of year when flooding was least likely to occur so that the brief period between the removal of the old gate and the installation of the new gate would not pose any flood risk to the local area.

One of the major logistical issues was getting a crane on site that was large enough to lift the 26 tonne sluice gate, especially with restricted local access. The answer came from a local crane hire company that managed to position a 120 tonne mobile crane on site and then rig it with 76 tonnes of ballast to give the crane a rated capacity of 220 tonnes. With the calculations done, all that was needed was a calm day to allow the old gate to be removed.

With all the electrical services removed, the top platform of the sluice gate, which contains the lifting winches and the control gear, was removed to allow access to the sluice gate itself. The lifting operation required almost perfect weather conditions due to the weight of the sluice gate and its tendency to act like a sail in the lightest wind.

The project included the replacement of the steel ropes and the gate runners which guide the sluice gate into position during normal operation. It also involved a specialist dive team to install two limpet cofferdams which allowed the engineers to remove and replace the gate running tracks under dry conditions.

Due to the size of the replacement sluice gate it was transported to site in sections and then assembled ready for the crane to return and complete the installation. With only a minor adjustment, the new gate was craned into position and secured before the top platform was replaced and bolted in place.

With the main structure reassembled, the new wire ropes and all of the electrical services were reconnected, including the encoders which are used to control the position of the sluice gate. Having completed the rebuild, the engineers commissioned the sluice gate to ensure that all of the controls and settings were correct and then finished tidying the site and returning it to the Environment Agency.

The sluice is located close to residential properties and following the previous project, ECS was commended on its sympathetic working practices that kept any disturbance of the residents to a minimum. ECS endeavoured to maintain this good will during the project to replace the existing sluice gate which involved some extended working hours.

Clark Williamson, Engineering Director at ECS comments: “ECS has developed a successful working relationship with the EA and this project is one of many that demonstrates the scale of work that can be involved. With our new 50,000 sq ft fabrication facility, we have the capacity to ensure a variety of projects can be underway simultaneously and our CE accreditation provides reassurance of our professional approach.”

The project has extended the operational life of the sluice gate which forms an important part of the local water control regime maintained by the EA, and also completes the overhaul of this structure. ECS continues to work with the EA as a framework contractor, as well as other utilities and drainage boards to provide complete turnkey engineered maintenance solutions, including complicated projects requiring specialist engineering underwater. 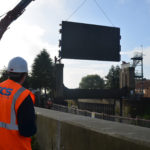 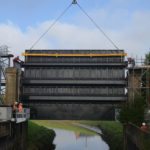 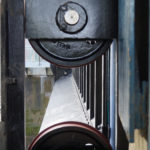 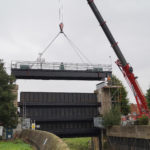 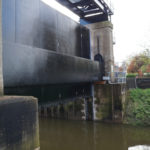 The completed sluice gate installation is fully commissioned and operational