ECS Engineering Services has delivered a full renovation of Peakirk pumping station on the River Welland on behalf of the Environment Agency, significantly boosting the effectiveness of flood defences in the area. Work carried out has included the refurbishment of the station’s pointing doors; the installation of an adjustable stoplog and automated weed screen; a renovation of the pumping station plus an inspection and overhaul of existing pumps on-site.

Since winning the Environment Agency refurbishment contract for the pumping station, ECS has been able to complete the entire project within a matter of months, enabled by experience gained as an appointed framework contractor to the agency. Peakirk pumping station plays an important role in protecting properties that lie upstream of the facility, so completing the work swiftly was of the utmost importance. 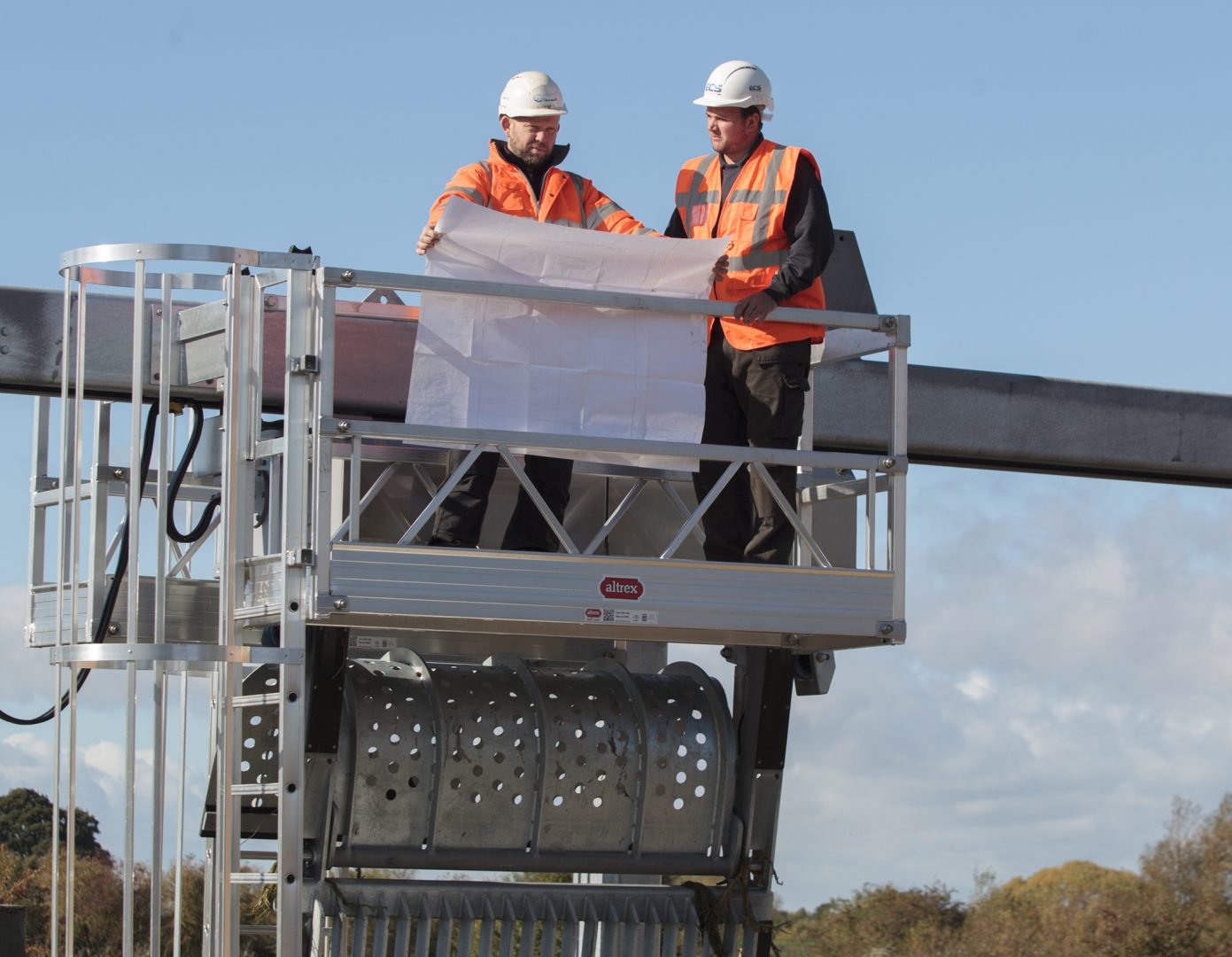 The centre piece of Peakirk’s flood defences are its pointing doors, which have received a complete renovation from ECS. This required the removal of the pointing doors from the central sluice structure, so they could be transported to ECS’ fabrications workshop for re-engineering and painting. The existing mitre posts were also replaced, with the new alternatives trimmed to size during the reinstallation of the gates. However, challenges arose during the project when the existing stop log guides were deemed unsuitable for use during a dive survey, meaning the central structure could not be initially dewatered to remove and reinstate the pointing doors.

ECS tackled the problem by erecting a temporary dam, allowing engineers to install improved guides and a fully adjustable 5,000 kg stoplog. With adjustment from 6800 mm to 8000 mm and motion enabled by a rack and pinion drive with a balancing gate, the new stop log provided a modern solution of increased versatility for the needs of the end user.

Once the central structure had been dewatered, debris could be cleared and the gates could be removed. To operate the newly renovated pointing doors, ECS delivered a mechanical counter balance system, which utilises a weight stack to actuate the gates in the event of flood conditions.

In addition, the existing weed screen cleaning system at Peakirk required attention. The system was unreliable, and its effectiveness was further hindered by the fact that the automated grab systems were not compatible with the existing weed screen, increasing the build-up of debris. ECS duly replaced the weed screen to provide an appropriate fit with the automated grab, as well as incorporating new maintenance platforms, task lighting, level sensors and improved controls. The new controls were integrated into the existing framework by ECS, enabling a full electro-mechanical refurbishment that has greatly improved clearing efficiency and flood safety.

Peakirk operates six separate pumps onsite, three diesel and three electric variants. All of the pumps required dismantling, inspection and assessment – with the Environment Agency requiring a full record of findings regarding each of the pumps. Refurbishment work could then be carried out, followed by subsequent reinstallation and testing. The electric pumps had suffered particularly from wear, but were renovated and reinstalled to safeguard pumping capacity at the facility. Furthermore, a condition survey of the supporting infrastructure around the pumps and pump chambers discovered that the steel work was in a poor state of repair, so these elements were fully replaced by ECS.

To complete the comprehensive overhaul of the facilities, ECS turned its attention to the pump house. Due to an Environment Agency policy to reduce manual lifting at facilities, ECS was required to upgrade the overhead lifting equipment. The addition of electrical drives and hoist systems, coupled with plug-in or radio remote pendant controls, eliminated any required manual involvement to operate the crane. Lighting was also a concern, as the existing installation was mounted on the ceiling, which made maintenance difficult. To remove the need for specialist access equipment, ECS installed low level, energy efficient, LED lighting in the diesel pump room, greatly improving accessibility.

Jamie Wesley, Contracts Manager at ECS expanded: “The project at Peakirk demonstrates our full breadth of electro-mechanical services, as well as the integrated approach which has seen us tackle a number of high profile projects on behalf of the Environment Agency. Our state-of-the-art facilities at our headquarters, our extensive knowledge of conducting on-site operations and the versatility of our product offering means we were are to deliver within a short time frame even in the face of unforeseen challenges.” 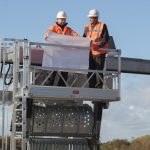 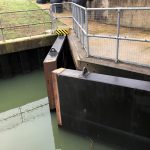 The centre piece of Peakirk’s flood defences are its pointing doors, which have received a complete renovation from ECS. 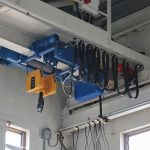 Due to an Environment Agency policy to reduce manual lifting at facilities, ECS was required to upgrade the overhead lifting equipment. 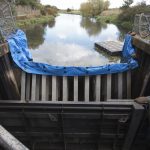 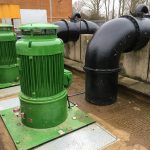