ECS Engineering Services is helping the city of Nottingham reduce the risk of flooding this winter, having been commissioned to improve the watertight seals on flood doors around the area.

Running through the centre of the city, the River Trent’s name is of Celtic origin and means ‘strong flood’. Nottingham has had many flooding incidents throughout its history, one of the largest being in November 2000. In recent years the city has done much to improve the flood defences, most of which were installed following a particularly devastating flood in 1947. 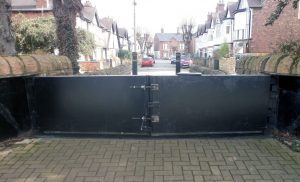 Flash floods tend to occur in the summer months when sudden heavy downpours on the surrounding moors and hills work their way down and through the city. Winter flooding can be for long periods, based on a build up of ground water during the wet weather. Spring can also see flooding due to snowmelt feeding the River Trent and its many tributaries.

The city has now commissioned ECS to inspect and refit 23 flood doors in the area. The doors are in three separate districts, with each having a different type of door.

The seven doors in the Attenborough region are predominantly “on-seating” doors, i.e., the more flood water being forced onto the doors the tighter they will seal due to the increasing water pressure. Testing has shown that most of the doors leaked along the bottom seal, so engineers from ECS have designed a new clamping arrangement which will pull the bottom seal tighter and reduce leakage rates.

Victoria Embankment has eight doors under review, all of which are “off-seating”, designed so that the pressure builds up behind the doors to push them onto the seals. These have also been subject to the same improvements that were initially tested in water filled tanks at ECS main workshops in Mansfield.

At Right Hand Bank there are eight doors to be upgraded, all to an “on-seating” design. ECS has inspected their clamping arrangements and deemed them to be adequate once the seal has been created. However, after being surveyed it was decided that the exiting seals were of the wrong type, making it difficult to achieve sufficient compression to form an effective seal. ECS will replace the existing seals on these doors with a softer compound rubber, which should provide an immediate improvement in performance.

ECS has programmed that the works will be phased to minimise the impact on the flood gate, thus allowing the client to maintain the flood protection required in times of heavy rain.

The business is renowned for delivering high quality, reliable and cost-effective engineering solutions, for water, energy and environmental processing and management projects. With in-house fabrication capabilities, ECS offers a turnkey, project managed service for mechanical and electrical installations for projects of any size. 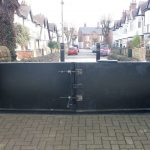 ECS Engineering Services will replace the existing seals on these doors in Right Hand Bank, Nottingham with a softer compound rubber, which should provide an immediate improvement in performance. 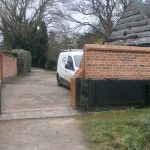 ECS Engineering Services have designed a new clamping arrangement for the Attenborough region, Nottingham which will pull the bottom seal tighter and reduce leakage rates.