ECS Engineering Services has set up two new offices, one in Ashford, Kent, the other in Southampton. Their primary function is to support ECS’s MEICA (mechanical, electrical, instrumentation, control and automation) framework contracts with the Environment Agency South East Region.

In total, 15 new people have been recruited for the two locations, including engineers, managers and support staff.  All are highly qualified and experienced in the design and construction of water, energy and environmental processing and management projects, which will be the primary projects handled by the new offices. 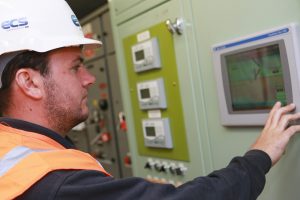 The offices will be overseen by ECS’s existing Contracts Manager Jamie Wesley, who says: “ECS has recently won a new MEICA Framework Agreement with the Environment Agency South East and we have established these offices so that maximum support can be provided at all times. We have deliberately chosen locations at either end of the south east region, which also reaches northward to Oxford.”

Framework agreements speed up the procurement process for placing engineering and construction contracts. The agreement sets out suggested general terms and conditions from which detailed contracts for specific projects can be worked out more efficiently than starting from scratch. They are widely used in infrastructure and civil engineering and provide flexibility to both client and supplier so that projects can progress efficiently.

The new ECS offices will also be responsible for fabrication works under ECS’s Minor Works Framework Agreement with the Environment Agency South East and for other customers in the region.

Wesley explains that the new offices are part of ECS’s structured growth programme and that the company expects to be expanding its activities across the whole of the UK: “We can see opportunities for sustained growth that will see us expand steadily over the next several years,” he says.

ECS Engineering Services’ head office is in Sutton in Ashfield, Nottinghamshire, which is a central location and offers excellent access to the UK motorway network. It is involved in all aspects of environmental engineering and water management, from the largest water control installations, through flow control facilities to lock gates, Archimedes screw pumps, trash screens and more.  It can design and build new facilities and reengineer, refurbish and maintain existing ones.

Wesley concludes: “All parts of ECS have long term growth plans, so we are an exciting organisation that combines traditional services and skills with cutting edge technology and innovation.” 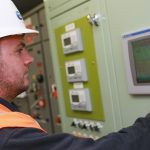 ECS Engineering Services has set up two new offices, one in Ashford, Kent, the other in Southampton. 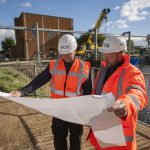