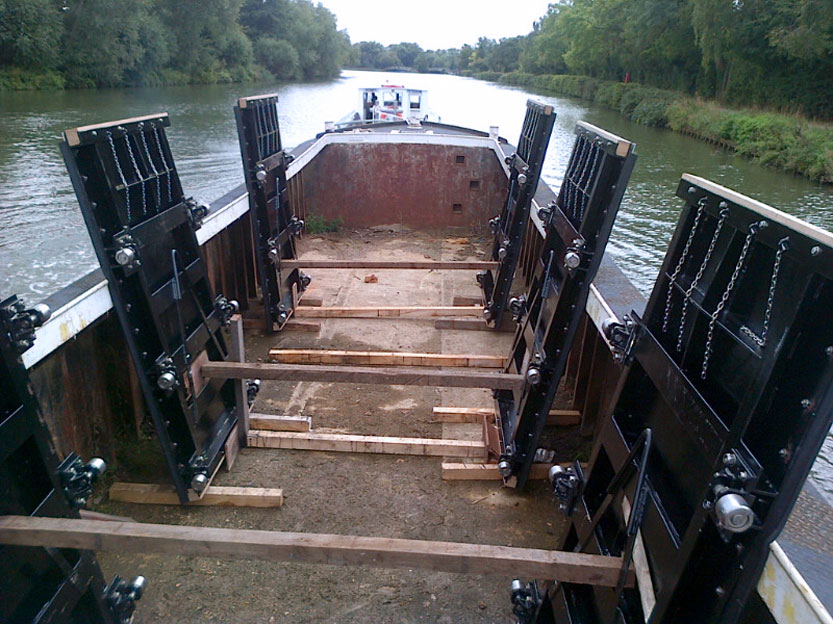 The Environment Agency has recently completed the refurbishment of the historic Iffley Weir, which forms an important part of the local flood defence scheme. New weir gates have been installed to replace the old wooden sections, which were fitted in the 1980’s. The new gates were fabricated by ECS Engineering Services, with the fabrications conforming to the latest CE certification requirements that came into force earlier in the year. 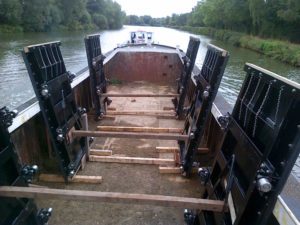 The Iffley Lock arrangement on the River Thames near Oxford also includes the weir, which is a wooden structure that incorporates a wooden roof and a footpath above the weir gates, which are used to control the local water levels, especially during the winter months. The existing wooden weir gates, installed over 30 years ago, were leaking and in need of replacement.

The design of the new weir gates was undertaken by KGAL, a leading specialist in the design of water control gates, while the manufacture of the gates was completed by ECS, which has been working as a contractor to the EA for several years. The installation and commissioning of the gates as well as the installation of the temporary footbridge was carried out by the EA itself.

The project was scheduled for completion during the summer months, when the water flows would be at their lowest, and the overall timeframe from design to delivery was just seven weeks. In all, six new vertical roller gates would be manufactured and coated to provide a minimum of 15 years protection before the first maintenance would be required.

The project required all of the materials to meet BS EN 1090-2, which includes CE marking as part of the European regulation that came into force from 1st July 2013. ECS has already completed the necessary qualification requirements to meet this standard and is therefore able to produce CE marked materials and products.

Under the Construction Products Regulations 2013 (CPR 2013), it is now mandatory for all construction products supplied into the building or civil construction projects to bear the CE mark and for the supplier to have conformed to all the associated requirements with regard to technical documentation, quality control and manufacturing practices. From 1st July 2014 this requirement will extend to all fabricated assemblies.

Once the designs had been finalised, ECS began the manufacturing process at the company’s new 50,000 sq ft Fulwood fabrication site. Although each of the six gates would have the same dimensions, the rollers were designed to be adjustable horizontally to allow for the varying widths of the guides on each of the gate frames.

The finished gates were coated as per the design specification received from KGAL after which there followed an inspection by the EA before shipment to a yard close to Iffley Weir. From this point the EA completed the installation works, which involved a barge-mounted crane as well as divers to complete the underwater work. The whole project was completed on time and has now allowed the EA to start work on the adjacent lock gates. 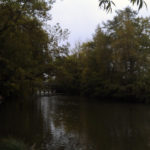 The new gates were fabricated by ECS Engineering Services, with the fabrications conforming to the latest CE certification requirements 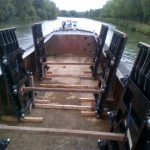 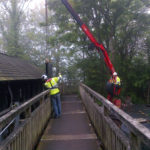 The EA completed the installation works, which involved a barge-mounted crane as well as divers to complete the underwater work

Images courtesy of the Environment Agency