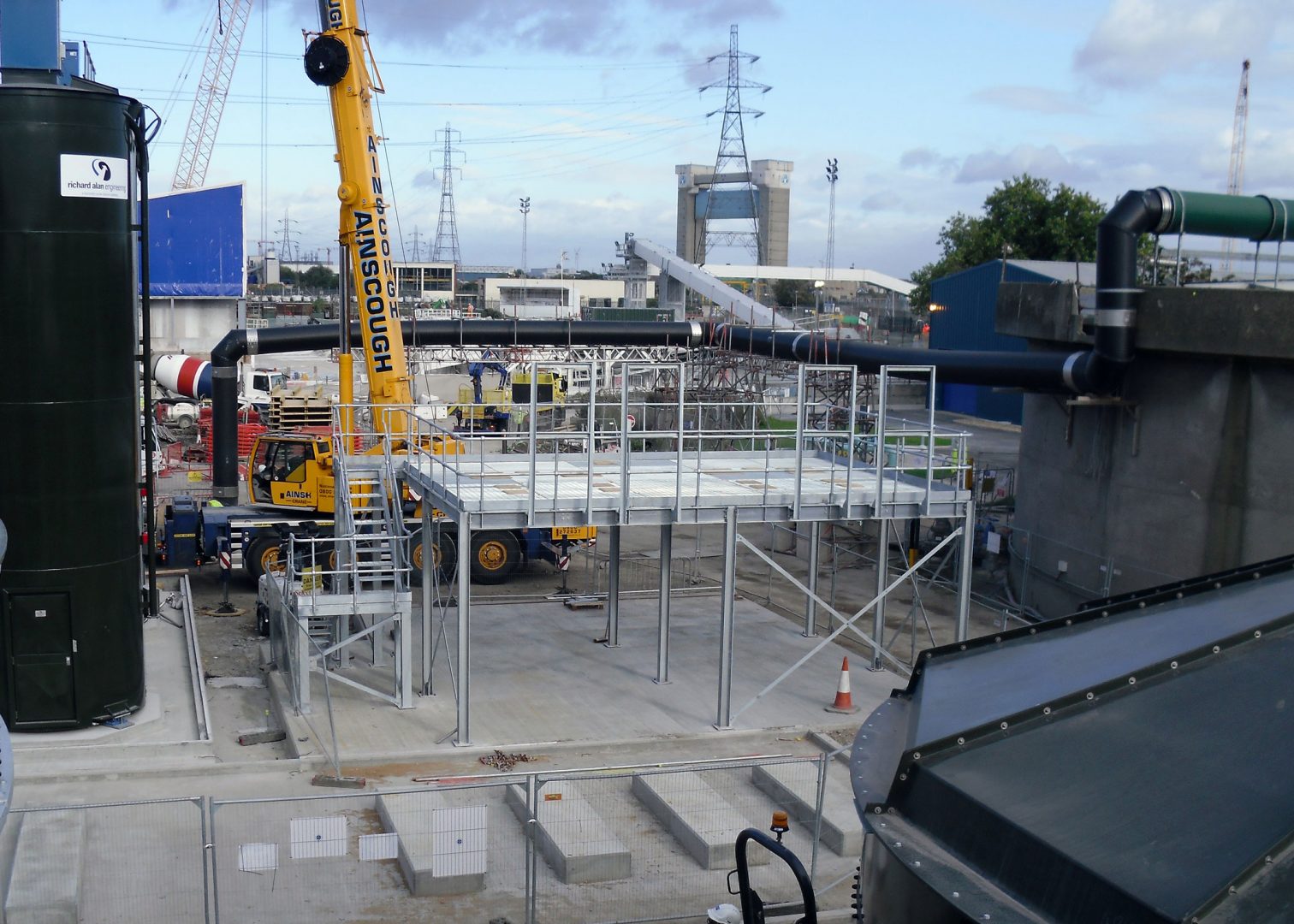 Thames Water is undertaking a £675 million upgrade programme which will include a £200 million expansion of the Crossness sewage treatment works (STW) and £190 million expansion at Beckton STW, the largest in the UK, with completion due in 2014. To compliment the new anaerobic digestion plants, part of this project includes the construction of new sludge blending tanks, where ECS Engineering Services has been contracted to provide all of the access steelwork. 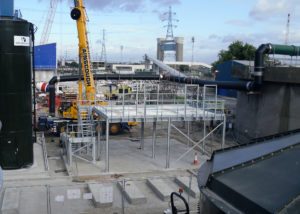 In response to new Environment Agency standards, which are due to be implemented in March 2014, Thames Water has embarked on a number of large scale expansion projects for the major sewage treatment works in London. With a rising population and increased frequency of heavy rainfall, there has been a rise in the number of pollution incidents on the Thames, which has led to a requirement for increased capacity within the STW network for London.

The scheme includes construction of a completely new wastewater treatment stream with primary settlement, aeration basins, and final settlement tanks as well as a more efficient anaerobic digestion plant, which includes an improved sludge treatment process and a thermal hydrolysis process as well as upgrading of the existing works. Additional odour control for both new and existing plant as well as additional environmental enhancements in the adjacent nature reserve will also be completed.

For each site ECS was contracted to supply access steelwork for the sludge blending tanks and for the sludge separators, which are located on a raised platform, also designed and constructed by ECS. For each location the structural steel was designed and manufactured in the company’s new fabrication facility at Fulwood, where it processes 180 tonnes of structural steel every week using the 40,000 sq ft of floor space. The new facility is equipped with the latest plasma cutting, machining and welding equipment along with 75 tonnes of lifting capacity, which all enables ECS to handle a wide range of fabrication tasks and deliver them on time.

For the sludge mixing steelwork, a single stairway leads to a gangway that allows access to each of the five tanks which are located on three different levels. Measuring over 16m in length and rising to over 7m in height, the access platforms allow safe access to all of the tanks. In the case of the raised platform for the sludge separators, the requirements were slightly different. This structure, measuring 6.4m x 8.8m, would need to support the weight of the separators themselves as well as the associated pipework and also incorporate davit sockets to locate mobile lifting equipment and stands for the control panels. Located on a sloping concrete pad, the steelwork had to be carefully manufactured to ensure that the raised platform was level when assembled on site.

In both cases the structures were manufactured to CE mark requirements and individually marked before being galvanised to the required standards of the client. Once the basic framework had been assembled and fixed in position with resin anchors, the open mesh flooring sections and the hand-railing could be installed by the experienced engineers from ECS.

Jamie Wesley, Commercial Manager at ECS, comments: “We have considerable experience in steel fabrication and in working for water utilities so we understand the requirements of these and many other structures which are essential to this industry. The assembly work requires careful planning and strict method statements to ensure that everyone works safely during the project. Once they are complete, the access structures will provide safe and easy access to the plant and equipment for many years to come.”

The project at Crossness will increase capacity by 44 percent and make a significant reduction in the amount of storm sewage that overflows into the Thames when the site capacity is exceeded. Meanwhile, the improvements at Beckton will allow it to treat 60% more sewage than previously and, when combined with the other aspects of this huge project, greatly reduce the storm flow discharges into the Thames. 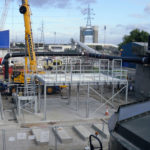 To compliment the new anaerobic digestion plants, part of this project includes the construction of new sludge blending tanks, where ECS Engineering Services has been contracted to provide all of the access steelwork 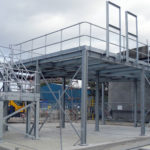 ECS was contracted to supply access steelwork for the sludge blending tanks and for the sludge separators, which are located on a raised platform, also designed and constructed by ECS